Part 2 – The societal misrepresentation of men. 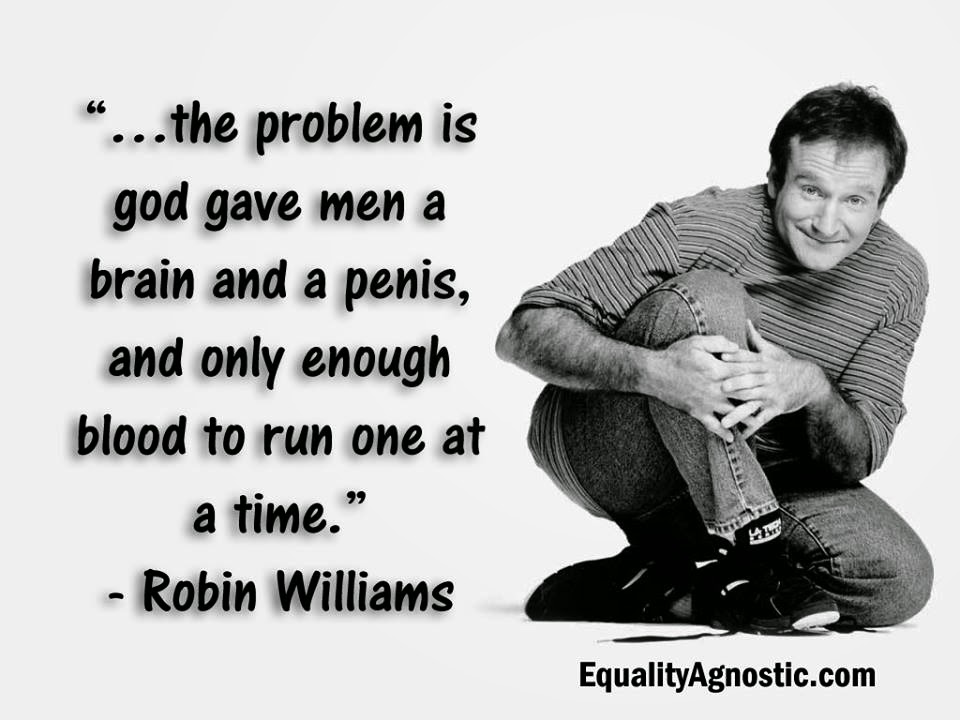 ‘Dangerous’, is about the capacity and the likelihood to do harm.  So does male biology make men dangerous?
In the words of Robin Williams, “…the problem is god gave men a brain and a penis, and only enough blood to run one at a time.”  Biologically speaking, it’s a little bit true.
In every species on the planet it has been proven that the higher the levels of testosterone in your blood stream, the more aggressive, the more sexual, you become.  While men predominantly have more testosterone than women, it is also present in females—when humans age, female testosterone levels increase and male testosterone levels decrease, normally influencing the behaviours of both.  Both genders when exposed to higher levels of testosterone during early development are shown to be “more competitive, more assertive, and more socially dominant.” (–Dr Nigel Barber Ph.D)*
None of these traits equal ‘dangerous’; aggression is not synonymous with ‘violence’, though it is often seen that way (and with reason).
Aggressivebehaviour is a willingness to promote your own objectives when in competition with others, it speaks of confrontation.  If you do that well and with tact; we call it ‘assertive’ instead of ‘aggressive’—however, assertiveness is learned, whereas aggression is part of nature.  The qualities associated with high levels of testosterone speak to a biological push to assert whatever powerbase you have to achieve your goals, testosterone is therefore first and foremost a survival mechanism for when you are competing for food, resources and or a mate. 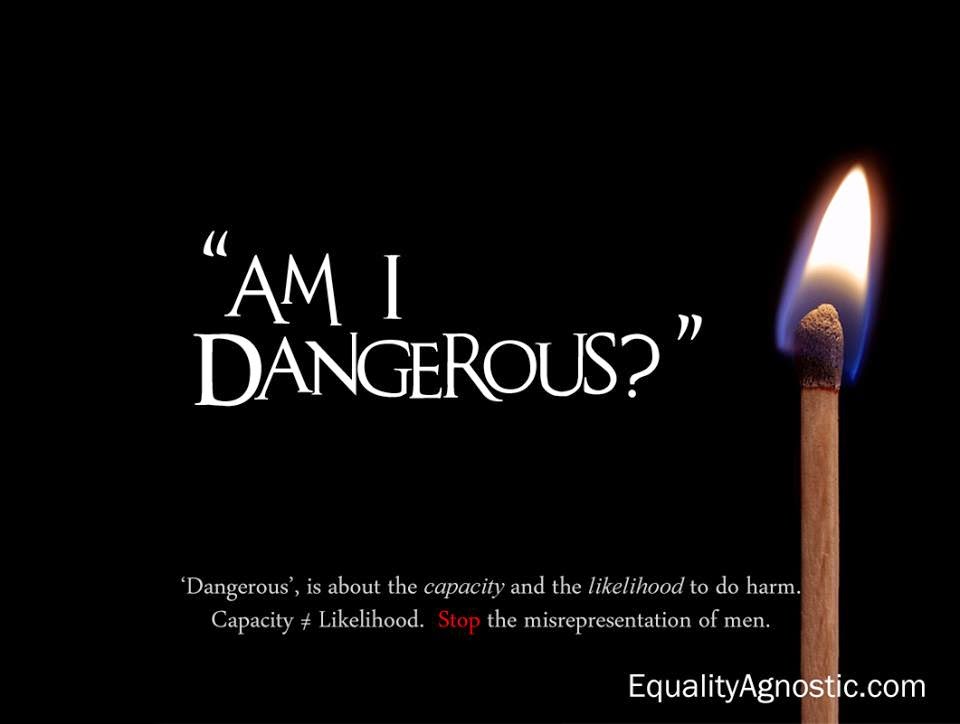 As men are predominantly required to be the sexual pursuer instead of the pursued, male testosterone levels mainly increase in response to sexual drivers as part of the evolutionary biological imperative.  This means male testosterone spikes happen foremost at puberty, in response to sexual activity (both lack and excess thereof), as well as certain environmental conditions such as higher male to female ratios in their environment or after the end of a significant relationship.  Therefore in the question of whether biology makes men more sexual than women, yes, it is a biological norm for that to be the case.  However, all humans are affected by any hormone to a varying degree; none of us are affected equally. A high testosterone female is likely to be far more sexual than a low testosterone male.
Does this mean that men are biologically more prone to violence than women?  Are they dangerous?  A high testosterone female will be just as aggressive as a high testosterone male and more so than a low testosterone person of either gender, but in each instance, ‘aggressive’ does not automatically equal ‘violent’.   Even in the instance that it did, ‘violent’ is not the only means for being ‘dangerous’.
Continue on to this week’s final article: Gender Powerbase—Do both genders have a capacity to be dangerous?
*On a side note, this could suggest that if you take issue with the idea of patriarchy, it’s more practical to be angry at God or evolution than ‘men’.  Societal evolution is influenced first and foremost by human evolution. Consider that most early tribes had a leadership made up of the strongest male, and an old wise woman—the two tribal brackets with the highest levels of testosterone. Testosterone creates a hormonal imperative to be socially dominant; when oestrogen (the prominent hormone in young women) spikes it causes depression and anxiety which promotes submissive behaviour in the face of dominant behaviour. Knowing those things now allows us to choose new behaviours rather than rely on evolutionary ones.

10 Replies to “Male nature—Is violence and hyper-sexuality part of the biology of men?”