Part 3 – The societal misrepresentation of men 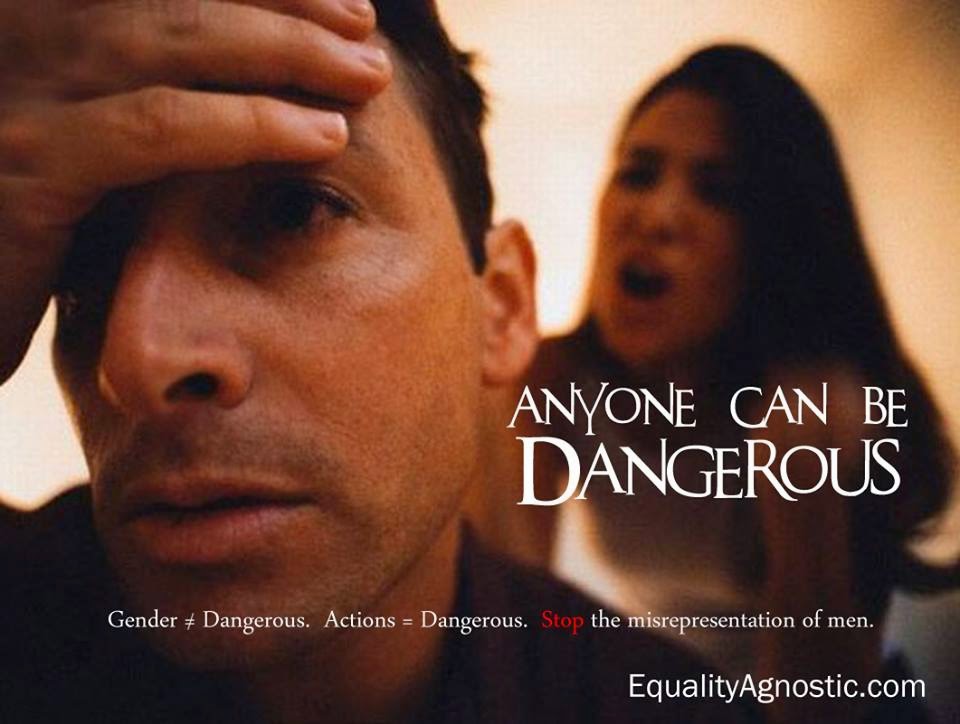 In competition, if you do not have or cannot use a powerbase other than your basic biological gender powerbase—or if your most easily accessible powerbase is a gender powerbase and use thereof seems consequence free—you are more likely to use that powerbase to achieve your goals.

Both gender powerbases can be used for negative or positive, in each instance the use of a powerbase is primarily used to increase personal ‘influence’. In our own gender powerbase, we have gender advantage—but that is all. Both are capable of using the other gender’s powerbase, normally however to a lesser extent (at another date we’ll expand on this).

Both powerbases can be used for the positive; a man may offer to carrya heavy object; a woman may offer a smile in return for service, both will normally be more effective at the use of their own powerbase.
Both can be used in the negative, a man may attempt to physically intimidate or cause physical harm.  A woman may become sexually manipulative or use her sexuality to cause emotional harm (e.g. spitefully sleeping with her partner’s best friend). The difference between those two powerbases is that violence is very easy to measure and quantify, emotional harm is not—you can point at bruises and contusions but when it comes to emotional damage you can only point to outcomes.  It is an unusual societal norm that we acknowledge how damaging long term emotional abuse can be, but that we give almost no credit to how damaging an individual emotional attack can be, or that men can be significantly injured in this way.
Anyone questioning whether emotional damage is ‘dangerous’ might wish to look at the fact that suicide and long term depression are primarily men’s issues. Here in Australia, male suicides outnumber female suicides three to one, female victims of domestic abuse outnumber male victims of domestic abuse also three to one.  This is not indicative of the fact that both are the same, but it is indicative of how serious both issues are, and how vulnerable we all are to the negative use of the other gender’s powerbase.
‘Dangerous’, is bothabout the capacity and the likelihood to do harm.  Both genders have an equal capacity to use their gender powerbase negatively to do harm.  The perception that men are more dangerous is partly created by the fact that only the negative use of the male powerbase can be easily quantified; only the negative use of the male powerbase is illegal, and therefore only the negative use of the male powerbase is reported and given credit.
None of this however speaks to the likelihood of either gender to do harm.
A dog has the capacity to bite anyone.   Despite this, most breeds are not considered to be dangerous as most breeds are unlikely to do harm, though almost all dogs can be pushed to bite with the right amount of negative external motivators.
A guard dog, trained to attack, will bite readily if placed into a situation where it has been trained to attack.
A feral dog will attack anything it views as competitive or a threat, because its environment and upbringing has taught it to be aggressive and violent.
A man’s physicality makes violence the most easily accessible tool for enforcing their will, but societal conditioning and upbringing plays a major part in anyone’s willingness to use it.  Therefore the likelihood of whether they will become dangerous is largely environmental, not natural.
Next week we’ll look at environmental conditioning and the creation of public perception of men, through media.