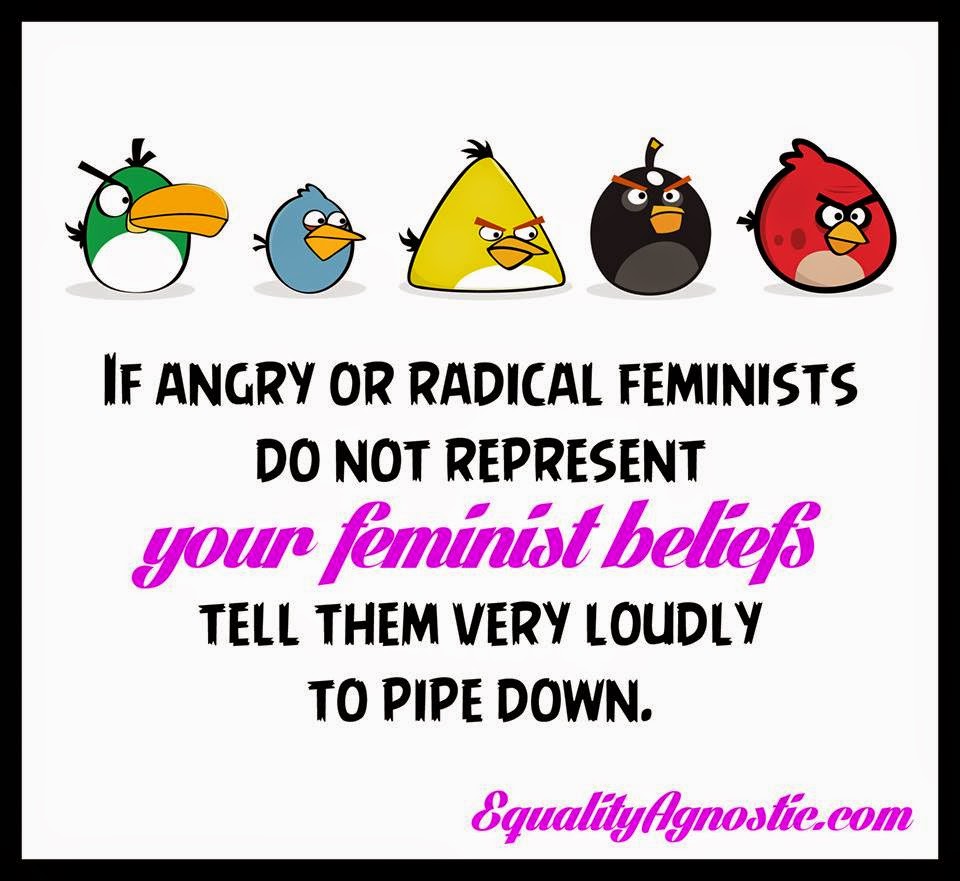 PART 4 of 4: Thoughts on #WomenAgainstFeminism

If feminism wants to improve its public image, it needs to be even louder at disassociating itself from people that represent their message badly, than the people delivering that message.

When the Ku Klux Klan or the Westboro Baptist Church commits acts of hatred in the name of Christianity, there are groups that work very hard to say ‘that is not my Christian message and here is why…’  It is not the job of non-feminists to distinguish between people who ‘really’ represent feminist equality ideology, and those who don’t, in the same way that it is not up to atheists to debate the finer points of the Christian religious ideology.  It is the feminist message, therefore it is the responsibility of feminism to police that message, to educate their own first, to ensure those that represent it know the difference between first, second, and third wave feminism, intersectional feminism, radical feminism, guerrilla feminism, or just outright misandry.  Because when someone commits to anger or hatred in the name of your beliefs, they still represent your beliefs according to anyone who doesn’t share them.
By splitting into equality denominations and promoting that feminist denomination, feminists can protect feminism as a whole.  Catholicism is marred by the stigma of protecting its alleged priest paedophiles, but Christianity as a whole is not.  The same will become true of feminism.
If angry or radical feminists do not represent your feminist beliefs, tell them very loudly to pipe down, because right now they are very loudly telling anyone who will listen that their beliefs and opinions are yours too.  If you have an equality ideology, own it and declare it with pride because you’re fighting for a better world, but doing so may mean publically separating yourself from people who misrepresent your beliefs.   Learn or create a name that represents your equality beliefs and declare it whenever you speak about them.   If one day you tell me that you represent ‘coloured’ feminism, ‘transgender’ feminism, ‘lipstick’ or ‘stiletto’ feminism or whatever denomination you like—I’ll smile, shake your hand and tell you that I’m Equality Agnostic.