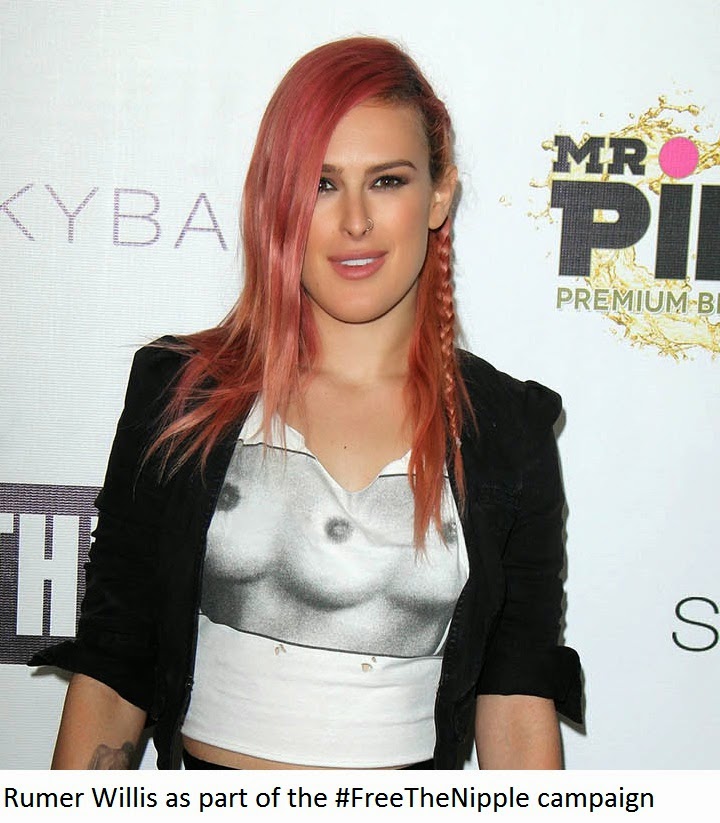 The heartland of the original women’s liberation movement was the idea that different, is not less, and by association, different is not more.  Over the last 50 years or so, this message has had a tendency to get lost with the cry for equal rights and treatment for men and women occasionally drowning in the misconception that ‘equal’ means ‘exactly the same’.  It does not.

Men and women have basic physical, and some studies suggest, psychological differences.  We’re not so different that this has to often be taken into consideration but there are instances where the differences need to be shown a basic modicum of respect in order to be able to have equal treatment.  In short, men and women need adjustments to be made for the basic differences of their gender.
Take for instance public restrooms.  You wouldn’t think that in our day and age that this is an area where equality is an issue, but it is one that in my opinion overwhelmingly fails to account for the basic differences in men and women.  If you don’t know what I’m talking about it’s this—the number of toilet stalls installed in a women’s bathroom is normally decided based on the number of toilet stalls in a men’s bathroom.  This is ridiculous.  Why?  Because men have penises and women don’t (obviously).  Men’s restrooms are almost never crowded and there’s always a queue at the ladies restrooms because engineers and town planners seem to think that ‘equal’ means exactly the same treatment, ‘we gave men three toilet stalls, so we’ll give women three toilet stalls—equal!’  The ‘equal’ conversation then continues this way, ‘We should take into consideration the fact that men can pee standing up… let’s add urinals to the men’s.  Do we need to do anything for the women? Nah, they can’t pee standing up so what difference do urinals make?’ If you’ve ever been the woman wondering if she’s actually going to make it into a stall before you pee yourself, you’ll be very quick to argue that it makes a pretty big difference.
A man’s trip to pee, because of his basic gender difference, is an ‘unzip and flip’ affair, then you shake twice and are on your way.  Women don’t have that luxury, especially if they’re wearing layers; therefore equal treatment would actually mean twice as many stalls as men, not exactly the same.  This is not privilege, this is not special treatment; it is basic consideration for gender anatomical difference and consideration and accommodation for that is equal treatment.
Consider how awkward the universe would be if we took no gender anatomy differences into consideration and treated everyone the same:
‘Hey guys, when was the last time you had your monthly period?  Well don’t feel left out by the ladies!  Here’s your new EqualityPlus Maxipad–for men!’
Or worse, what if the argument was, ‘As men and women are going to be treated exactly the same (equally) despite their basic anatomical differences, we’re eradicating all women’s period products.  But don’t worry, we all still have toilet paper. Just use a wad and now each month you can feel just like one of the boys!’
Right now there is a protest happening on Instagram, it is called ‘Free the nipple’ and it is being done in the name of equality.  Men are allowed to show their nipples on Instagram, and women are not, and this is being called sexism.  I’m here to suggest that it is not.
Men are required to keep their sexual anatomy covered on Instagram, and so are women.  We just have anatomical differences, the most obvious at all times being, women have breasts and men do not.  The only reason Instagram is drawing the line at ‘nipples’ is an attempt not to act archaic around whether women show cleavage, or lower breast.  In effect, protesters are punishing Instagram for being liberal.  It is a difficult position to draw lines around because essentially the argument being presented by the #FreeTheNipple campaign is ‘different is not less’ and the argument Instagram is making is ‘different is actually more’.  I’m not sure where the line should be drawn on this particular kind of debate, particularly as I don’t have breasts.   But what I do know is that no matter how well toned a pair of pectorals a man has, he will never get the same level of reaction from showing them, as a woman does her breasts or nipples. That’s not sexism, that’s sexual response—and we don’t choose ‘response’. I wish it were otherwise, I would love the universe in where men were the sexually pursued instead of the pursuer—if you’ve ever turned on any heterosexual adult movies you’ll see that male fantasy has one common theme…
Men all want to be the one thing that women already are—desired.
But while women may appreciate a hard body, men are never going to be able to have the same effect on women, which women have on men, just by taking off our shirts.
If you want to protest whether you get to put your bosoms on display, please, do it under freedom of speech, or self-expression.  I’ll support your right to do so.  But don’t do it under the banner of sexism or inequality because it’s not and by calling it as such you are saying that men and women don’t need their basic differences to be taken into consideration.  Anyone who’s ever given birth or had to make the soul crushing decision of requesting an abortion will tell you—there are differences between men and women; differences significant enough that equal treatment means respect for those differences, consideration for those differences, not elimination of treatment that accounts for those differences.  Different is not less, it is not more and sometimes it requires additional measures in order to achieve equal treatment of both genders.