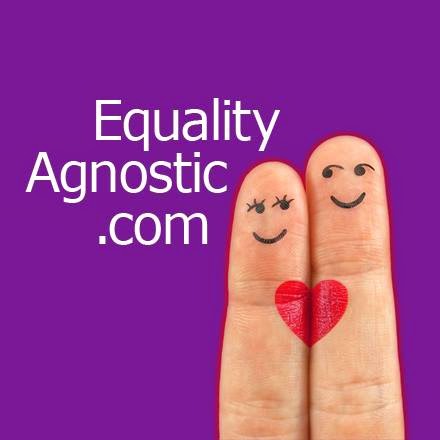 My name is Daniel Kroker and I’m Equality Agnostic (what’s that? click here). I’m a published author (nsfw comedy/drama novels) and I also work in adult education which requires that you constantly educate/re-educate yourself; I’m ok with this because I believe that ignorance perpetuates ignorance, and I don’t want to be part of that. My areas of accreditation and interest include Sociology as well as Power, Leadership and Team Building Principles. I also come from a background in Quality Auditing, Systems Theory and IT.
My current obsession however, are equality issues.

I have always strongly believed in the principles of equality thanks in large to being regaled by the experiences of my parents (my mother was a 60s kid, dad’s history is related but a different story) but outside of this was largely ignorant to anything other than (what in political circles is called) ‘10-second-sound-bites’ presented by Feminist lobby groups. 10-second-sound-bites are two edged swords, they summarise a complex issue in a way that makes it easy to get behind… but leaves the audience completely uneducated as to what it means, where it comes from or why the issue really matters.

So recently I made it my mission to educate myself and fill in those blanks.

It was a startling journey and as I started speaking to people about what I had learned, I found myself strangely the subject of personal attacks from men and women. But I could also understand why those attacks are exactly what I spoke of above—ignorance perpetuating ignorance.

What are my goals with this blog?
My mission is to raise awareness, educate and foster debate regarding equality issues that affect both sexes. I have little interest in taking sides; (I think that’s damaging to debate) I am keenly interested in being a moderator of discussion.

If you feel secure enough in your belief’s that you would like to add your voice to the debate, be it Feminist, MRM or Equality Agnostic—I encourage this! Note, debate is not personal attacks on your peers.  Also, if you have not taken the time to educate yourself on both sides, or even just the one side you represent… understand you will probably sound as ignorant as you are. I respect the right of the person who buys a ‘Jesus loves you’ T-shirt to call themselves a Christian, but if you’ve never read a bible and weigh in on theological debate… you’re going to look silly screaming, ‘BUT JESUS LOVES ME!’ Regardless, you still have the right to do so, so if you want to, scream away (but I and others will probably ignore you).

What do I want from you? TO GET EDUCATED!
I want you to add YOUR VOICE to the debate and/or better yet, get educated before/as you do so!

If you were a Christian weighing in on theology, I’d tell you to read a bible. As I’m promoting equality debate, I’m going to essentially tell you to do the same. Opinion is valid, but educated opinion supported by evidence carries more weight in debate.

As there are no ‘official’ bibles to equality debate I’ll point to those books I’ve found most cited and suggest you read both of them if your goal is balanced opinion, or at least just one of them so you represent your ‘side’ from an educated perspective (links to the books at the top of the page).

Ladies and Gentlemen, welcome to the debate.  I hope I see you again next Monday.#EqualityAgnostic
#EmbraceEqualityDebate